Growing up everyone probably has a memory of a Kodak moment. That one special moment in time that deserved to be captured on film by a camera so you could preserve the memory forever. Birthday parties, your first pet, graduation day, unwrapping presents under the tree on Christmas Day and so many other special moments in life. Back then you would take the film to the drug store to have it developed. Advertisements would remind you to make sure the film was developed on Kodak paper (click on the link for a classic ad featuring Michael Landon). When you picked up your much anticipated packet of photos, you would then turn over the photographs to note the paper was marked with the Kodak name. 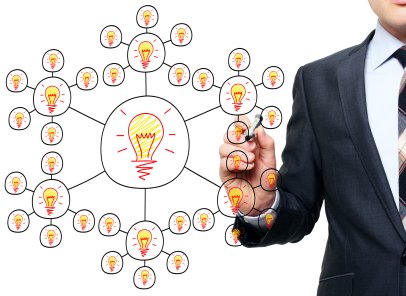 Kodak was so popular at one time that in 1975 an advertising jingle created by singer Paul Anka for Kodak entitled, The Times of Your Life, (click on the link for a classic ad) became a popular song on the radio. And then there was yet another famous singer by the name of Paul that wrote a Top 40 song, Paul Simon of Simon & Garfunkle fame, with a catchy tune called, Kodachrome. As late as 1976 according to a recent article in the LA Times, Kodak commanded 90% of the film sales and 85% of camera sales.

Kodak was a company that was a part of our lives. Much like Apple, for example, is today.

A recent article in the Wall Street Journal recently ran this headline: Kodak’s Online Gallery Up For Sale. An infographic accompanied the article. Of the top five photo-sharing internet sites, the Kodak Gallery was last with Flickr, Photobucket, Picasa and Shutterfly receiving significantly more visitors. None of these sites has enjoyed the brand recognition, product offerings or market position that Kodak has had over the years.

The question is why? Why is Apple a household name today rather than Kodak? Why is Kodak not the destination of choice on the web for photo-sharing? What happened to this once great company?

From the many recent and extensive business articles on Kodak, the company’s future looks bleak.

In this economy especially, we have witnessed other great companies and institutions fall.

As a CEO, president or business owner, think about your missed business opportunities. From this day forward, don’t let it happen to your company. Because if you do, you’ll be risking your own longterm business success.