Note: Excellent business presentations are a key to success for any CEO, president, business owner; founder or entrepreneur. This week on the Wednesday edition of my Blog Talk Radio show, Talk Business With Howard, the guest will be Jezra Kaye, founder of Speak Up For Success; and the author of the new book, Speak Like Yourself: No Really! Follow Your Strengths And Skills To Great Public Speaking. Thank you, Jezra, for being on the radio show and for the guest blog post. -Howard-

The Doomed To Fail Approach To Business Presentations by Jezra Kaye 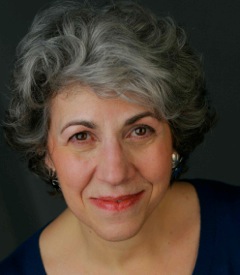 Why do so many speakers put their audiences to sleep?

You might think it’s because they’re not good speakers. But while that may be true, there’s also a deeper reason: Their speeches aren’t good.

And those speeches can’t be good, because they’re built with a process that leads straight to mediocrity—the Doomed to Fail approach:

Doomed to Fail Step 1:   Find Out Everything You Can about Your Topic

Doomed to Fail Step 2:   Put Your Facts into PowerPoint

Doomed to Fail Step 3:   Ignore Your Speech Until the Day You Give It

Let’s take a quick look at these steps, and why they can’t lead you to a great speech.

Doomed to Fail Step 1:   Find Our Everything You Can About Your Topic

There are two big problems with starting your speechmaking process by jumping straight into topic research:

In fact, most people don’t narrow down their topics. They just research everything that could possibly pertain to the title they’ve been given.

This leads straight to the dreaded data dump.

Picture a dump truck—the kind that’s used to lay a load of gravel on a driveway or other work site. (If you have a young child, this image will come easily to mind.) But instead of being loaded down with gravel, this truck is filled with every fact, figure, book, article, piece of information, or internet reference that’s even remotely connected to your topic.

Now imagine dumping all of that content onto your desk, and figuratively shoveling through it to find something worth saying.

At best, you’ve got a mess on your hands. And even if you had time to sort through the whole pile (which you don’t), how could you possibly separate the items that are useful from the ones that should go straight to landfill?

Doomed to Fail Step 2:  Put Your Facts Into PowerPoint

Because it’s not easy to make sense of all the information you’ve collected, most speakers don’t even try. Instead, they go straight to Doomed to Fail Step 2, and dump their data straight into overloaded PowerPoint slides.

Why are these slides overloaded?

Because most speakers compound the problem of having too much data by not organizing it effectively. Instead of putting just one thought on each slide, they put everything they know about one aspect of their topic on each slide.

Two graphs? Four pictures? Six lines of argument? No problem; if they’re related, someone will put them on the same slide.

What’s missing from this PowerPoint deck?

Doomed to Fail Step 3: Ignore Your Speech Until the Day You Give It

By the time most presenters have created a PowerPoint, they’re pretty sure that their speech isn’t going to be great. And they’re very sure they don’t know how to change that.

So what do they do?

They put the whole thing out of their minds—or at least, they trying to fool themselves into thinking that’s what they’ve done.

This is why so many presenters show up on Speech Day to deliver a talk with which they’re utterly unfamiliar.

They spent minimal time writing the thing, they never practiced it, and they’ve done their best to ignore it ever since. Now they’re going to have to figure out what their slides are supposed to mean—onstage, in front of hundreds of people.

So there you have it: The Doomed to Fail Approach.

Fortunately, there’s an alternative that’s less work, less stress, and much more likely to succeed.  It’s called the Speak Like Yourself approach, and I look forward to letting you know more about it!

Acclaimed keynote speaker, workshop leader, and public speaking coach JEZRA KAYE has helped thousands of business people and professionals speak with power, authenticity, and ease. As a corporate speechwriter, she prepared Fortune 500 executives to speak to major audiences at multi-million dollar events, and headed creative and writing teams. In 2006, Jezra founded her own company, SPEAK UP FOR SUCCESS, to bring the power of confident communications to clients around the world. A former jazz singer and bandleader, Jezra is also the co-author of Managing the Unmanageable: How to Motivate Even the Most Unruly Employee. She lives in Brooklyn, New York.