Note: This week on the Wednesday edition of my Blog Talk Radio show, Talk Business With Howard, the special guest is Phil Simon, author of the book, The Age Of The Platform: How Amazon, Apple, Facebook and Google Have Redefined Business. The book identifies the emergence of an important new business model – and demonstrates why as CEOs, presidents and business owners we can never look back only forward with business. Phil’s book is another example of why it’s important to not get left behind with all the changes happening in the business world today. Thank you, Phil, for being on the show to talk about this landmark business book and for sharing this book excerpt. Howard

THE AGE OF THE PLATFORM by PHIL SIMON 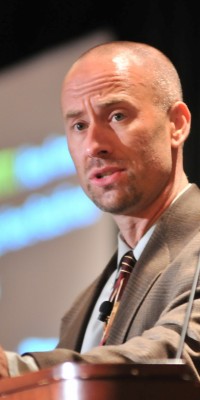 INTRODUCTION: THE GANG OF FOUR

There are many smart people out there—and few are smarter than Eric Schmidt.

Even before joining Google as chairman in August 2001, Schmidt was long regarded as one of the most respected, knowledgeable, and prescient technology minds on the planet. Among his many accolades, in 2007 PC World named him the most important person on the web—along with Google co-founders Larry Page and Sergey Brin. Today, there are few more astute observers in the field. When he talks, people listen.

Schmidt was talking on May 31, 2011. He had the floor at the D9 Conference in Rancho Palos Verdes, California. In broad terms, he discussed today’s rapidly moving, tech-heavy economic climate.

Beyond generalities, though, Schmidt remarked that a small cad-re of companies was growing at unprecedented rates, reaching scales that could only be described as extraordinary. Moreover, this growth had “not been possible before.” Schmidt named four companies that stood apart from the crowd: Apple, Amazon, Facebook, and Google. He collectively referred to these companies as the Gang of Four.

Today the Gang of Four is light years ahead of its peers. And this lead is not just in one vital area, such as technology. In incredibly short periods of time, Apple, Amazon, Facebook, and Google have done truly amazing things. They have built valuable brands, released popular products and services, cultivated widespread followings, and generated enormous shareholder value and profits. They have quickly risen to prominence, in the process becoming the envy of thousands of organizations. They have been able to innovate and launch products, services, and even entire lines of business at unprecedented rates. As we’ll see in this book, the source of these companies’ competitive advantages stems from many things, including profound customer insights enabled by troves of data, immensely valuable partnerships, highly adaptive cultures, and the intelligent use of technology.

Historically, as large companies have grown to such dizzying heights, they have begun to show signs of fissure and eventual decline. Examples abound. IBM struggled mightily in the late 1980s and early 1990s. To be fair, it was able to successfully redefine itself as a service-oriented company, a turnaround that has been nothing short of astounding. Kodak was woefully unprepared for the rise of digital cameras and printing. More recently, many iconic organizations have lost their leads, sometimes in just a few years. Microsoft comes to mind and is discussed at length in Chapter 9 of this book.

It doesn’t take a genius to recognize the symptoms or diagnose the disease. After some degree of success, large organizations begin to tread water. Over the course of, say, five years, they start to exhibit the signs of stereotypical risk-averse, monolithic organizations. Again, this is well-trodden ground. Many books have been written about how size tends to encumber organizations, along with attendant bureaucracy and other baggage. Call it big company syndrome.

The Gang of Four, however, appears to be largely symptom-free.

Each company continues to hire thousands of new employees, enter new and often challenging markets, forge new partnerships, and launch entirely new lines of business. These companies are doing much more than avoiding the traditional perils of growth, nor are they simply maintaining previous levels of performance. They are somehow increasing their organizational pace of innovation.

“At electric speed, all forms are pushed to the limits of their potential.”

In general, the Gang of Four is doing what top management gurus have been espousing for years. Specifically, they are embracing intelligent risk. They aren’t afraid of failure, experimentation, and change. Innovation depends on this type of mentality. At least in part, each company has moved away from its original and core business model—often multiple times. They are sprouting in different and unexpected directions: horizontally, vertically, and even diagonally. They have entered new markets, and in some cases, created markets where none had previously existed.

That’s one explanation. But it’s actually not the underlying reason for the massive and sustained success of these companies. Rather, they are winning because they are following an entirely new blueprint and business model. They have spent a great deal of time and money building extremely powerful and valuable ecosystems, partnerships, and communities. This new model hinges on powerful ecosystems that, in turn, fuel astounding levels of innovation, profits, and growth.

Without question, the Gang of Four has built the world’s most valuable and powerful business platforms. In so doing, these companies have done nothing short of redefining business. Collectively, they have introduced the platform as the most important business model of the 21st century. And they have spawned a litany of imitators. Thousands of companies are:

❏ Building their own platforms

Welcome to the Age of the Platform.

Phil Simon is the author of four management books, including the award-winning, The Age Of The Platform. A recognized technology expert, Phil consults with companies on how to optimize their the use of technology. His contributions have been recognized throughout the media including Business Week, Inc. Magazine, Forbes, Fast Company, ABC News, CNBC, American Express Open Forum, Huffington Post and others.

Listen in on Wednesday, September 12th at 11 AM/ET on Blog Talk Radio to my conversation with Phil Simon as he talks about The Age Of The Platform – and why it’s important to your business now and in the future. Join us!