Note: This week on the Wednesday Edition of my Blog Talk Radio show, Talk Business With Howard (broadcast live at 11 AM/Eastern Time), the guest is Robert Terson, author of the book, Selling Fearlessly: A Master Salesman’s Secrets For The One-Call-Close Salesperson. You may also be familiar with Robert’s website of the same name, SellingFearlessly, which features blog posts by contributors that are a who’s who of the most well-known and respected sales experts. Thank you, Bob, for the guest blog post and for being on the radio show. I know it will be an interesting and lively discussion about sales. – Howard – 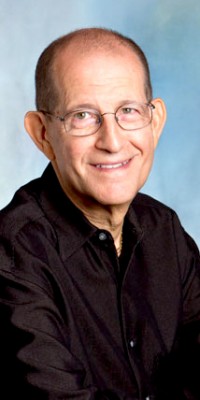 Selling Fearlessly: A Master Salesman’s Secrets For The One-Call-Close Salesperson

Well, after almost three years of work, it’s finally happening: Selling Fearlessly: A Master Salesman’s Secrets For the One-Call-Close Salesperson has been published and is available on Amazon.com—in trade paperback and Kindle versions.

I think the best way to tell you why I created Selling Fearlessly is via the book’s Introduction:

One of my dearest friends, Barry Thalden, has exhorted me to write this book for 25 years. Thalden is an architect; his firm, Thalden, Boyd, Emery Architects—Las Vegas, St. Louis, Tulsa, Phoenix—has been designing prodigious buildings in the spirit of Ayn Rand’s Howard Roark since 1972. If you’ve ever been in The Venetian Resort-Hotel-Casino in Las Vegas, you’ve seen their incredible artistry on display: Thalden, Boyd, Emery Architects provided the detailed technical drawings for the interior and exterior themed facades that make it look like Venice.

We’ve been friends for 52 years now, a half-century, and we’ve talked about selling more times than Bobby Cox got thrown out of baseball games. Thalden speaks to architects about the business side of running an architectural firm, especially the importance of selling themselves to prospective clients. For decades the subject of selling has fascinated us both, and we’ve both read everything about selling we could lay our hands on.

Our favorite selling book is Frank Bettger’s How I Raised Myself from Failure to Success in Selling. Published in 1947, it’s as apropos today as the day it was written; I recommend it every chance I get. What makes it such a captivating read is that Bettger shows how to sell through his personal stories—reading them is like watching role-playing. Thalden once told me that Bettger’s book, which he read in his early 30s, was, in a business sense, a key inspiration for his success as an architect: “I went out and applied the principles Bettger talked about and projects started coming our way like never before, it was amazing. That book changed my business life.”

“You could do that and more for people,” he’d say, “I know you can; and the same way Bettger did—with all those phenomenal stories you’ve told me over the years—so the average guy can comprehend and apply it to change his life, the way Bettger changed mine. How many times have you told me there’s never been a sales book—even Bettger’s—that addresses all the elements of selling, especially the all-important fear factor that 80% of salespeople who only do 20% of the business must face every time they make a call or give a presentation? Maybe you won’t invent the wheel, but you and I both know you’ve got something to say and are itching to say it.”

I heard this theme multiple times a year for, as I said, 25 years. I’ll admit it; he was sure right about the itch.

So, now that I’ve retired from my telephone-book-cover advertising business, after spending my entire adult life as a salesman/businessman, 43 years, it’s time to follow my friend’s advice and share with you all that I’ve learned in what has been my vocation and avocation. I pray that what I’ve created meets Barry Thalden’s hopes and expectations…and most important, yours.

In my early 20s, I sold residential real estate for three fearful, undisciplined years—alas, not all that successfully. Trust me, “fearful” and “undisciplined” do not lead to “success.” I recall selling a house to a man who, after the contract was accepted, repeatedly pushed for additional concessions from the seller; he was totally out of line, but I was so fearful of losing the sale that I gave in to him each time. Two years later I was taught to sell fearlessly and emphatically would have said no to his outrageous demands. When a salesperson can walk away from a bad deal or an abusive customer, the balance of power shifts in favor of the salesperson. The same thing happens when he overcomes the terrible fear of not making enough money to provide for his family, of not living up to his vision of success.

When my short-lived real estate career ended, I spent the next 40 years fearlessly selling advertising on telephone-book-covers to hard-nosed businesspeople (to those of you who are younger than 40, before the Internet, yellow-page directories were relevant). It was a one-call-close, “simple” (low-dollar-amount) sale. And although most of the selling elements in Selling Fearlessly apply to all salespeople, they are primarily directed towards the one-call-close, simple-sale salesperson. For salespeople making multiple calls to close complex (high-dollar-amount) sales to buying teams, I recommend Neil Rackham’s SPIN Selling, which makes the important distinction between simple and complex sales.

That said, I’ll ask your forgiveness for my oft use of sports analogies (I am a passionate sports buff) and ubiquitous use of the pronoun “I.” But I rely on my personal selling experiences the same way Frank Bettger did. It’s what I know and my best chance to make Selling Fearlessly come alive for you. I know this can be interpreted as ego, boasting, and no one likes a braggart. I pledge to you, my purpose is not ego. My purpose is to enlighten and inspire you—to enlighten and inspire you to become a salesperson, or be a far better salesperson than you are now. To inspire you to be that ordinary man or woman who does extraordinary things. The Reverend Bob Richards, Olympic Gold-medalist pole-vaulter in 1952 and 1956, said, “Every day ordinary people do extraordinary things.” You have it within you to do extraordinary things, and the selling profession is a wondrous arena to do it in.

Selling Fearlessly truly is a salesman’s instructional manual down to the grayest subtleties, some never before touched upon in a selling book, like “The Mound Road Story”; “The Devil’s Retirement Story”; “Saturation Point”; “Setting the Stage”; “Telling Clues”; “The Importance of Equality”; and “The Sixth Sense.” As I write this in 2012, we’re in the midst of the Great Recession, and unemployment is brutalizing millions; but a plethora of sales jobs go unfilled. I say let’s fill them. Let’s strike a coup de grâce against unemployment, and while we’re at it, let’s turn some ordinary people into extraordinary salespeople. Let’s change some lives for the better.

With a cup of coffee in my hand: here’s to learning how to sell fearlessly.

After he read the first draft of Selling Fearlessly, Barry Thalden said, “It’s Frank Bettger on steroids!” If you knew my friend, you’d know that was high cotton, indeed!

When asked, I’ve described the book this way: It’s Frank Bettger’s How I Raised Myself from Failure to Success in Selling meets Napoleon Hill’s Think and Grow Rich—two long-time successful backlist books—told in the Zig Ziglar conversational style, yet with an uncompromising, challenging tone, and includes 40 stories plus numerous exercises which show how to sell, not just tell how, from someone with 43 years of in-the-field selling experience.

The book is formatted into four sections—Bridge to the Triangle, Mental Attitude, Work Habits, Salesmanship—and divided into 57 short, easy to read chapters which allow the reader to absorb each element of selling without reading the entire book. This is not another book of dull, dry abstract theory; this is a book of captivating stories and practical applications raising the curtain on the real world of selling. It, too, is like watching role-playing. If you’re ready to receive it, this book has the potential to change your life.

With everything that’s within me, I believe you’ll never make a better investment in your sales career.

Robert Terson has been a sales professional and entrepreneur his entire adult life. He retired from his advertising company, after 38 years of being in business, in January 2010 to begin a second career as a writer and speaker. He resides in Arlington Heights, Illinois and is the founder and CEO of Sellingfearlessly.com. He invites you to contact him at that site or email him at Robert@sellingfearlessly.com. His passionate purpose in his “retirement” career is to enlighten and inspire his audience by entertaining them with transfixing stories.

Remember to join Bob and me on Wednesday, November 14th at 11 AM/Eastern Time on the Wednesday Edition of Talk Business With Howard on Blog Talk Radio. Bob will be talking about his book, Selling Fearlessly. To listen in on the live broadcast, click here. Or bookmark this page to listen to the show replay which will be posted at the top of this page.  Thanks for listening to Talk Business With Howard Radio.