On the Wednesday Edition of Talk Business With Howard, December 5, 2012 at 11:00 AM/Eastern Time on Blog Talk Radio, the guest will be Dave Kerpen. Dave is the cofounder and CEO of Likeable Media, one of the 200 fastest growing private companies in the US according to the 2012 INC 500. Dave is the bestselling author of Likeable Social Media – and will be talking about his new book, Likeable Business. Thank you, Dave, for being a guest on the radio show and for the guest blog post. -Howard- 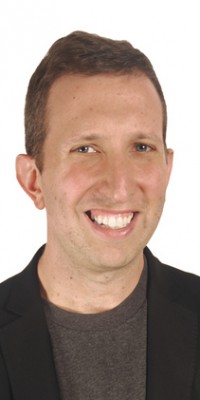 We all know that television advertisements have in the past been the best way for larger organizations to tell great stories to larger volumes of people. But the Internet has significantly changed this formula. Today, social media and online video have rendered storytelling to the masses possible for companies without the budget to buy television commercials.

Recently a colleague tweeted at me to watch a video: “You’ll cry for sure!” Indeed, I clicked on the link , viewed the video, and moments later had a stream of tears running down my face.

The video told the story of a Chinese family overcoming obstacles: an injury left the son unable to walk, and his father nursed him back to health through grit and determination. The only constant through it all was family dinners.

The video was powerful, moving, and unforgettable. It was also a commercial for BERNAS, a rice company based in Malaysia, and it was a little over three minutes long (and worth three minutes of your life, by the way, so do check it out if you haven’t seen it already). It’s a story of tragedy, forgiveness, strength, family, and love, and it’s deeply moving. What it is not is a cheesy jingle or spokesperson telling you to buy, buy, buy BERNAS rice. Jingles and spokespeople aren’t as valuable as stories. Stories are our social currency. Realizing that, BERNAS decided not to make a commercial and told a story instead.

That story was way too long for a television commercial. But BERNAS didn’t have to buy TV time to draw over 600,000 views online.

A great story can be told to many without TV.

Social media allows organizations of all sizes to tell their stories every day, without spending a lot of money on the traditional storytelling tools—television and radio. Facebook has increasingly suggested that brands use stories in their marketing, even launching a “Sponsored Stories” advertising unit that essentially takes your brand’s status update and promotes it to your fans and their friends. Facebook’s Timeline for brands, also new in 2012, rewards brands that tell stories through pictures and video.

Pictures are worth a thousand words, and the growing popularity of social networks such as Pinterest, Instagram, YouTube, and Tumblr support this. Your organization can tell its stories through a picture or a short, low-production-value video, and if the stories are compelling, word will spread. The beauty is, if a story isn’t compelling, that’s okay too! Since you haven’t spent millions or even thousands of dollars on a TV or radio ad, you can just share a new story tomorrow and see if you do any better.

You can use your social channels to ask your customers for stories as well. Your customers will want to share their stories about you—the good, the bad, and the ugly—so why not encourage them to share the good? Make it easy and compelling for them to share stories, and they will. Consider hosting contests, for example. A little added value can go a long way on social networks.

Dave is the co-founder and CEO of Likeable Media, one of the 200 fastest growing private companies in the US according to the 2012 INC 500. He is the author of the New York Times best seller, Likeable Social Media and Likeable Business, and a highly sought after keynote speaker around the globe. Dave and his work have been featured on the CBS Early Show, CNBC, ABC World News Tonight, Forbes, Inc and countless other blogs and publications. Dave lives in Port Washington, New York with his wife Carrie and two daughters, Charlotte and Kate.

Join Dave and me on Wednesday, December 5 at 11 AM/Eastern Time as we discuss social media, social business and Dave’s latest book, Likeable Business. For show details and to listen to the live broadcast, click here. Bookmark this page to listen to the show replay which will be posted at the top of the page on Wednesday afternoon.