Have you ever watched any of the Star Trek series or movies?

Are you a Star Trek fan?

If we counted all the Star Trek fans… If I said: Hey! All you Star Trek fans out there, put your hands high up in the air so I can see you! The counts would be just incredible. There are legions of Star Trek fans across the world.

It would take forever to count all the Star Trek fans because the show, starting with the original series on through to the most recent plus all the feature length movies, is truly such a worldwide phenomenon!

As a CEO, president or business owner, wouldn’t it be great to have so many fans (customers) of your business?

It all started for Star Trek back in the 1960s. It wasn’t initially a big hit when the series debuted on television. It was filmed at Desilu Studios, then owned by Lucille Ball and Desi Arnez. At some point, Lucy took over the studio as she had bought out Desi’s interest in the studio. The studio and network executives wanted to cancel Star Trek. But Lucy, being the smart, savvy businesswoman she was in that era, dug her heels in, so to speak, and said (I paraphrase): It’s my studio. Don’t cancel it.

And the rest is history. Desilu Studios was eventually bought by Paramount and has been an incredible cash cow for them ever since all the way up to the present with the blockbuster films and series in continual reruns. Plus the merchandising of Star Trek has brought in significant additional revenues.

In Star Trek: The Next Generation series there’s a scene where Will Riker walks in and Mr. Data is sitting there in front of a tea kettle watching it boil. Mr. Data says to Will Riker (again paraphrasing): People say that a watched pot never boils but I’ve sat here and I’ve timed this pot over and over and over again (remember: Mr. Data is an Android) and it always boils at the same time. In response, Will smiles and says: Well, why don’t you turn off your internal chronometer, your internal time piece? Mr. Data looks at Will and simply says: Oh.

The point is that time is time is time. But yet our perception of time can be different. Someone once told me that when you’re six years old, for example, it’s approximately one sixth of your life. When you are 60 years old, it’s one sixtieth of your life so it seems to go much faster. Today with all the technology available to us it makes life appear to go ever faster than in years past. 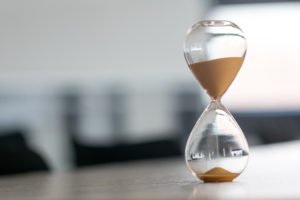 How does Star Trek relate to your business?

The question you need to ask yourself as a CEO, president or business owner is:

Before you know it, the second half of the year will go by and it’ll be January with the start of another New Year.

You’re not Mr. Data. You’re not an Android. You don’t have Mr. Data’s internal time piece. It’s vital to understand how important every single business day is. Six months of your life is gone. Can’t get those days and months back. Nor can you get back the business opportunities you may have missed.

That’s why you need to look at your business plan and what business goals need to be met for the remainder of the year. Take a look at your profit and loss statement for the year thus far.

If you don’t know what it’ll take to have a successful business year, then you may look at your year end financial statement and say: How did this happen?! The business wasn’t profitable enough! Now what?!

There are so many things that you as a CEO, president or business owner must think about. But unless you sit down at your desk and think about what is or isn’t happening at your company, six months is going to go by and you are going to be very surprised at the end of the year with your business results – and it’s not the kind of surprise you are going to like.

Now is the time for all CEOs, presidents and business owners of companies large, mid-size and small to re-evaluate exactly what is and isn’t going on in their companies so when the New Year rolls around there can be celebration and cheers of: What a year!

In sales, when a salesperson sells something the first thing said is: That’s great! You did a great job! What a great sales presentation and close! Then it’s… Now go get another great sale!

The glory of the sale lasts but a moment or a day, at best. Then it’s onto the next sale.

Ask yourself every day:

Did the company make a business profit today?

What did the company sell today?

Every single business week, ask yourself:

Every single month stands on its own as well. So ask yourself the same question at the end of each month:

Then before you know it, it’s the end of the business year.

How was the business year?

But let’s not get ahead of ourselves.

Let’s make sure in the next week time is put aside, scheduled on your calendar, for strategic business planning regarding the next six months.

Here in the United States the second half of the year begins with the national holiday on July 4th. Independence Day. It’s easy to get off track with a major holiday and many business people taking summer vacations during this particular business week. Don’t let that happen at your company. Stay on track with your business every day; every week; every month.

Remember, and be grateful for, the freedom you enjoy as an entrepreneur and as the leader of your company.

Here’s to your entrepreneurial independence, strategic business planning along with MORE success and MORE profit in the second half of the business year – which will set the stage for a successful New Year come January. In fact, you can achieve this level of success every business year!

Remember: Business success begins with YOU.

To paraphrase the words from the Star Trek series: … to go boldly where no company has gone before in business.

That is your mission in the next six months and beyond as a CEO, president or business owner.

Connect with Howard on LinkedIn.