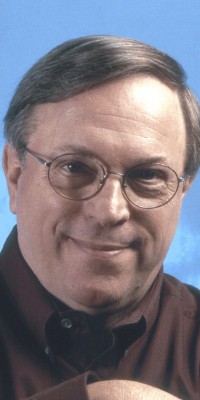 A common myth, perpetrated over the past few decades is that the best leaders are “charismatic.” No less of an expert than Jim Collins, the best selling author of Good to Great and Great by Choice has studied this premise at length. His conclusions were that while “charisma” helped inspire people temporarily, the solid substance of experience, behavior, skills and personal attributes – most of all, integrity – was far more important.

Thus the first lesson is, beware of a leader who relies too heavily on style and oratory, and doesn’t back it up with substance and integrity. Grand presentations may be impressive, but results are what matters, and those are based on substance.

The next lesson is that leadership skills grow with experience. Leaders who are short on experience make foolish mistakes that undermine their credibility. The people who work with and for them notice this. From that time forward, they question the leader’s right to lead. Inexperienced leaders also make the mistake of “throwing money at problems.” They are often unable to discern between good investments and bad ones (wasteful or excessive spending).

There is a difference between leadership and management. Management skills are almost always present in good leaders. The opposite is not always true. The simplest example is a camping trip. The manager makes sure details are attended to: provisions, route, supplies, and plans. The leader makes sure the people want to go, will follow wherever they go, and stick together along the way. That’s a big difference.

Weak leaders must “order” or “direct” people on what to do, often using the power of their position, whereas strong leaders build consensus, collaboration, and cooperation – not simply compliance. People choose to follow if the leader “walks the talk” – e.g., does what s/he says. If the leader fails to “walk the talk,” the followers soon lose faith in the leader. An even worse case is when the leader practices “two-faced talk,” saying one thing and doing something entirely different. That is a huge failure of leadership and integrity.

Weak leaders whine, complain and blame others for their failures. This is a dead giveaway of a leader who is long on style and short on substance – and integrity. The best leaders are “servant leaders” who realize that they actually enable the success of others – of those they lead – based on the plans they developed together.

A strong leader neither pretends to be, nor needs to be the “smartest person in the room.” The ego of that kind of leader demotivates followers. An effective leader encourages the ideas and input of his/her followers, listens to them and then decides what to do, and how. Only an egotistic or insecure leader insists that his/her ideas be the source of all decisions.

In the ultimate act of desperation, the failed leader tries to practice “victory by definition.” This is a form of denial (or delusion) that portrays a failure as success by redefining the measures after outcomes are known. This is a devastating mistake, since reality ultimately defines success or failure – and not some contrived set of distorted metrics.

In closing, let’s consider the roles and responsibilities of a leader:

The roles of a leader are:

* To create a clear understanding of the current reality, and

* A healthy dissatisfaction with it (the current situation);

* To help develop a shared vision of a more desirable future situation;

* To create the belief that there is a viable path from the fomer to the latter; and

* To create an environment in which people are motivated to make the journey to that future.

The responsibilities of a leader are:

* To help the organization remove or overcome obstacles on the journey

* To measure progress, provide encouragement, honest feedback (positive or negative) and continued support during the journey.

A leader takes people to places (and to do things) that they would be afraid to go (do) alone – and goes along with them. That’s what leadership is all about.

This guest blog post was written by John Mariotti is an internationally recognized executive, author and speaker. In his professional business career, he led major businesses such as President of Huffy Bicycles, and later as Group President of Rubbermaid Office Products Group.